And a Time for Feasting

One of the great joys of visiting Myanmar, at least in my opinion, is sampling the various types of food. There are plenty of good restaurants serving traditional Burmese fare, such as Aye Myit Tar in Mandalay. You can also find places specializing in dishes from Shan State and other regions from around the country. The sheer variety is amazing. 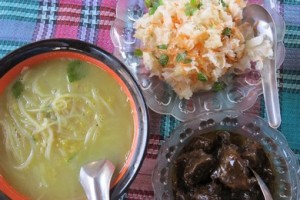 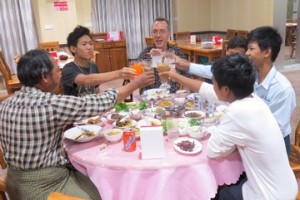 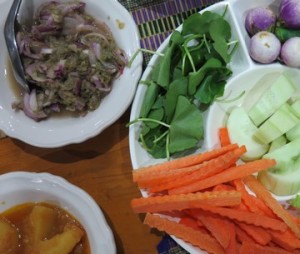 You can also get very good meals at teashops. Most teashops in Myanmar have a nice variety of noodle and rice dishes, as well as bread and fried snacks. Get there early in the morning to taste some of the scrumptious noodles dishes such as monhinga, mondhi, and ohno kauk swe. Finger licking good indeed! 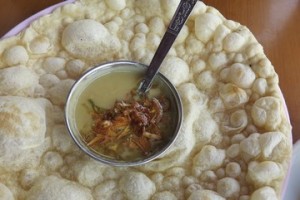 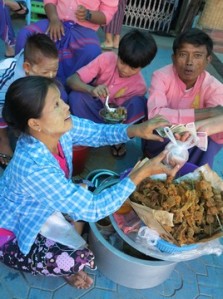 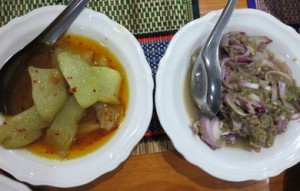 While I love dining at restaurants and teashops, I can honestly say the absolutely best food I’ve had is at the homes of friends. In Mandalay, I might be invited to Ye Man Oo’s for dinner, or to his uncle, U Nyunt Tun’s house. Incredible food! If I’m in Nyaung Shwe I have to juggle invitations, enjoying home-cooked treats at Mar Mar Aye’s house or a feast at Ma Pu Sue’s place. When in doubt; just say “yes” to them all … and prepare to eat a lot! 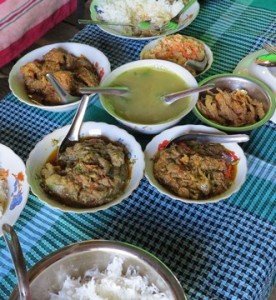 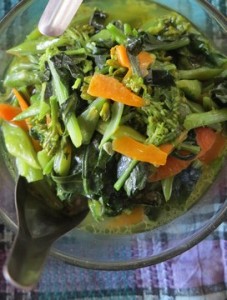 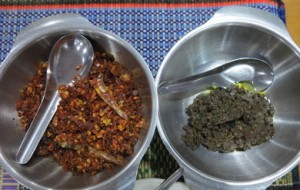 Monhinga Meal for the Monks 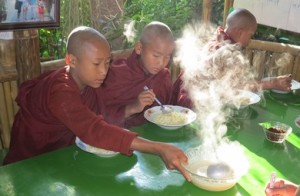 Yeah, it’s been a while. A long, long lonely time, as the song says. What can I tell you? Too much work, a bit of travel, yet more work, a couple of health issues, and a continuing spiral of work. I’m damn exhausted. The last time I posted anything on this blog was back in January and since that time it seems as if I have had no time to do all the things that I want to do, or at least the things that I used to do, which includes this blog.

At this point I’m not sure how much effort I’m going to put back into this thing, but I hate the thought of just letting it wither and die, so I’ll try and post a few things in the near future in the attempt to sustain it. Today’s post harkens back to November of last year when I was in Nyaung Shwe, the picturesque town in Myanmar’s Shan State. My friend Ma Pu Sue, who runs the Bamboo Delight Cooking Class with her husband Lesly in Nyaung Shwe, and I join forces each year in late November (our birthdays are a day apart) and offer a donation to monks from the nearby monastery at Tat Ein village.

Instead of making tracks to the monastery itself and offering physical donations such as school supplies or shoes (which we’ve done in the past), we invite the monks to Sue and Lesly’s home for a hearty breakfast of monhinga, the savory noodle dish that could be dubbed Myanmar’s most iconic culinary treat. You can find variations of monhinga all over the country, but Lesly’s special recipe is one of the best I’ve ever tasted. And I’m not just saying that because he’s a friend of mine; the guy can cook up some mighty fine food! 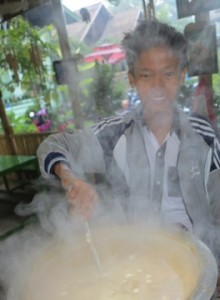 Actually, the novice monks from the monastery usually walk by Sue’s home each morning during their regular alms rounds. But getting the chance to sit down and rest, enjoy a bowl — or three — of this delicious monhinga, is undoubtedly a treat for the youngsters. Ye Man Oo, my friend from Mandalay, was also on hand to help serve the food to the monks. I just tried to stay out of the way while everyone else cooked and served — and ate — and simply enjoy the event, only actively participating at the very end when it came time to offer each monk a small cash donation. 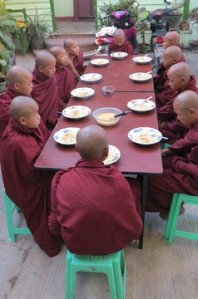 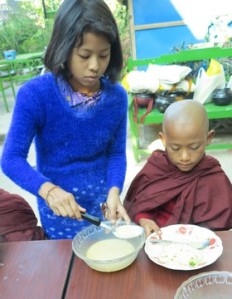 Organizing this little donation breakfast every year is very gratifying, something I look forward to doing, but if you travel around Myanmar you will see similar donation meals and ceremonies nearly every day of the year. I’ve never met more generous people. I read an article recently that said that a higher percentage of people in Myanmar make donations to monasteries than in any country in Asia. I believe it. 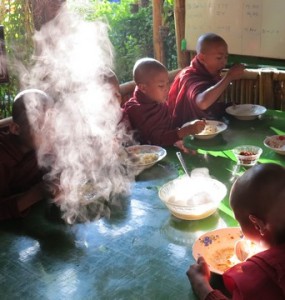 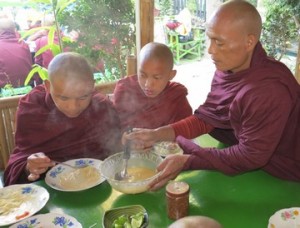