One of the most spirited and danceable types of Thai music is a genre known as Molam (or, I would argue, is more accurately spelled Morlam). This music is particularly popular in Thailand’s rural Northeastern provinces, the area called Isaan (or, alternately, Isarn).  Thus, you could accurately liken morlam to “country” or “folk” music. It’s the music of the working people. Morlam has been around for many decades, some say it’s been centuries, having originated in neighboring Laos and imported by ethnic Lao people who came to live in Thailand.

A Bangkok-based label, Zudmangra Records, has just released an album of vintage morlam tunes on CD and vinyl: Theppabutr Productions: The Man Behind the Molam Sound 1972-75. These are songs that legendary producer Theppabutr Satirodchompu released on his own label, but the 17 tracks on this compilation are only a fraction of this amazing man’s output. He’s been dubbed “The Berry Gordy of Thailand” (Gordy, being the legendary founder of Motown Records) for good reason: at one point he had signed over 200 bands, releasing 7-inch singles and sometimes albums from almost every one of them. Some singles were so popular that Theppabutr reportedly pressed more than 10,000 copies of each, a huge number for the Thai music industry at the time. 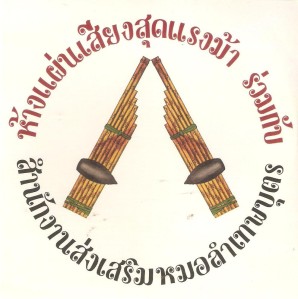 But what does this morlam music sound like? For anyone that hasn’t been to Thailand and heard these unique sounds, I’d go out on a very long limb and liken it to the hillbilly sounds of Merle Travis colliding with the full band sound of Bob Wills and His Texas Playboys … only with much stranger stringed instruments, cheesy organ sounds, and Thai vocals. Morlam may not sound much like Texas swing or Appalachian country, but it’s got a similar spirit and dance-stepping joy. For a better description, try the booklet inside the CD for Theppabutr Productions. In his excellent, liner notes, Bangkok-based writer John Clewley describes being in a village and hearing “the bubbling, unmistakable rhythms of molam blaring out from cracked speakers. Soaring vocals full of haunting ornamentation, vamping chords of the church organ-like khaen (a traditional free-reed mouth organ), the driving riffs of the phin, temple bells and percussion all combine into one delightful sound.” 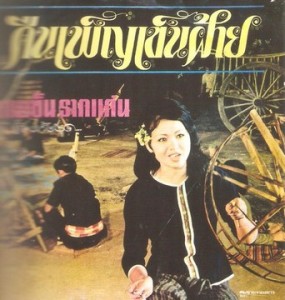 And delightful it truly is. Perhaps morlam will not appeal to all music listeners, and indeed, it may rank as an acquired taste, even for those who have been exposed to “world beat” rhythms and other ethnic sounds. But there is no arguing the liveliness and fun factor of this music. And you don’t have to be sipping the village homebrew to enjoy it either — although that may enhance the enjoyment factor! If you want to hear the real sound of rural Thailand, morlam is where it’s at.

Theppabutr Productions can be purchased online via dealers like Amazon, or if you are in Bangkok, stop by the flagship Zudmangra Records shop on Sukhumvit Soi 51 (the first block on the left side, where the soi angles again to the left) and pick up a copy. The shop stocks mostly old Thai vinyl singles, but they also carry a variety of CD compilations from cool import labels such as Analog Africa, Light in the Attic, and Soundway. Even if you don’t dig morlam music, it’s a good way to get your Afro-Beat fix while living in Thailand!