A new compilation of music with a Thai twist, Sound of Siam, has recently been released on the Soundway label. To give you a better idea of what this album is all about, check out the subtitle: Leftfield Luk Thung, Jazz & Molam in Thailand 1964-1975. This was a fertile period for Thai such upcountry music, but most of these recordings have been out of print for decades. Scouring used record shops around Bangkok, the compilers discovered some real treats, resulting in this incredible album. “World Beat” columnist John Clewley reviewed this album in his Bangkok Post column (now published every other Tuesday in the new “Life” section) a couple of months ago and raved about the music. And I agree with Professor JC: this is great stuff, just the sort of lively and spirited morlam (a spelling I prefer; same as Thonglor is more accurate than Thonglo) that I love listening — and dancing — to. If these songs don’t put a smile on your face and twitch in your hips, you’re probably a closet Celine Dion fan. Start dishing out the som tam, it’s time to party! 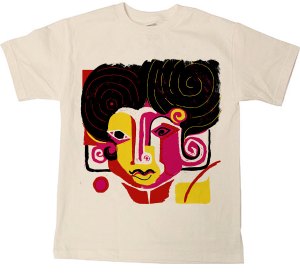 Sound of Siam is available online via sites like Amazon, but sadly, it will probably never show up for sale here in Bangkok, except perhaps as a bootleg version in a street stall. Most regular CD shops in Bangkok will either not stock it due to the cost of importing the title or the simple fact that they have no idea what customers actually are interested in buying. Most shops have a predicable selection of pop and rock titles, but when it comes to selections in a “world music” vein, anything more exotic than Brazilian samba is almost impossible to find on local shelves. And of course the other problem is that it’s becoming more difficult to find a local retail store that even sells CDs here in Bangkok.

It’s odd that a company from the UK has to be the ones to help resurrect treasured Thai music, but we should be grateful that they have done so. On their website, Soundway proclaims that they “are dedicated to re-releasing lost and forgotten recordings from the world’s most vibrant musical cultures.” And I commend them for doing so! In addition to this Thai compilation, Soundway has released many collections highlighting various genres of African music. Two of my favorites are the Nigeria Special compilations. The first one, Nigeria Special: Modern Highlife Afro Sounds & Nigerian Blues 1970-76 is a two-disc edition, while Nigeria Special 2: Modern High Life 1970-76 is a single disc. There are also two companions to those albums: Nigeria Disco Funk Special and Nigeria Afrobeat Special. As you would surmise from the titles, this is music that makes you want to get up and boogie. For the most part, the lineup of artists are very obscure ones, or at least ones not familiar to most Western listeners, but rest assured the quality of the music is excellent. Each of the Soundway compilations is accompanied by a lavish booklet with tons of photos, song information, and biographies of each artist on the album. Yet another excellent Soundway compilation is the two-disc Ghana Special. Get on your good foot with grooves galore!