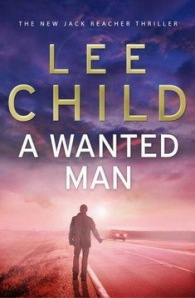 I got an e-mail last week from Lee Child’s website, informing me that the new novel was coming out; another Jack Reacher spectacular. Say no more; I gotta have it. Gotta read it. Now. And luckily, my sense of urgency was satisfied. I strolled over to the Emporium, went to the tiny branch of Asia Books located there, and the new Lee Child book, A Wanted Man, was right there on the shelf. Less than 48 hours later, I had read all 400 and something pages, satisfied again by another fun, funny, and thought provoking Jack Reacher adventure. Really, I love these novels. On the surface, they might fit the mold of action-packed thrillers; lots of action and bad guys getting put in their place by Reacher. But there is a lot more going on in these novels than Jack Reacher kicking ass, drinking lots of coffee, getting the girl, and leaving town with only a toothbrush in his pocket. These stories force the reader to think, and marvel at the way that Reacher thinks through various situations, as he ends up dispensing his own style of justice. And this time around I loved the baseball references; from the Kansas City Royals and George Brett to the New York Yankees and the legendary Bill “Moose” Skowron. If Lee Child is not a baseball fan — and I wonder if he really is, having grown up in England — he’s certainly done his research. 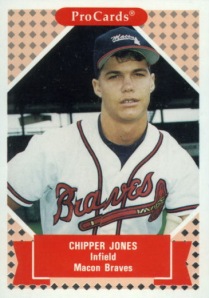 Speaking of baseball, another thing that brought a big smile to my face this week was seeing the Sunday night walk-off homer by Chipper Jones of the Atlanta Braves. I don’t have a TV, and if I did I wouldn’t even have access to cable sports, but I watched a clip of Chipper’s home run on ESPN’s website. Now 40 years-old and playing a final season before retirement, Chipper is having also one of his best seasons ever. He takes a day or two off each week nowadays, needing to rest those surgically repaired knees, so his stats may not rank with his best, but when he’s in the lineup he still makes an impact. He’s virtually carried the Braves all year. So why isn’t he in the running for another MVP award this year? The Braves look like they are going to make the playoffs, probably as a wild card finalist, and there is no way they’d be in that position without Chipper. Maybe he doesn’t have enough “official” at bats to qualify for the leader boards, but I’ll say it again; when he’s playing, he delivers. Seeing the highlight reel of that home run on Sunday night was a totally feel-good moment, one of those things that remind me of why I love the sport so much. I only saw Chipper play one time before I moved to Thailand in the mid-1990s, and that was when he was playing for the Braves in 1991 … the Macon Braves, that is (At that time the Macon Braves were the Class A farm team of the major league squad). Somewhere in a dusty closet back in Florida, sitting in a neglected box of crap, are photos I took of Chipper back when he was playing for Macon. Not only has he been a Hall of Fame caliber player, Chipper Jones has always been one of the game’s class acts — a rarity in today’s world of overpaid, spoiled athletes. Here’s hoping that the Braves do in fact make the playoffs, Chipper remains healthy, and he shines during his final moment in the sun.

And speaking of shining, and to complete today’s triple play, my friend Margeaux, who goes by the nickname of Mango, flew in from Spain yesterday. She was only in Bangkok for two days, but it was enough time to get together and meet for a fine dinner, this time at Cabbages and Condoms, the touristy but tasty Thai Restaurant on Sukhumvit Soi 12. Great food and great company; I was smiling like I’d just seen another Chippper Jones home run when I left the restaurant. Mango is works as an interpreter at conventions and meetings around the world, particularly in Asia. She is flying to South Korea tomorrow for a week-long event, and next month she’ll be working an even longer seminar in India. In between work, she is trying to finish writing a raw food cookbook. Busy lady! Too bad she won’t be around next month when our mutual friends Janet Brown and Ma Thanegi will also be in Bangkok.