Walter Sylvest, one of my very best friends, passed away this week at a nursing home in Bangkok. He had been hospitalized since falling ill in October last year and never fully regained the ability to speak or recognize visitors Even though he was 72 years-old when the illness struck, he had still been quite active and teaching full-time at the Horizon International School in Mandalay. Previous to that, he taught at various international schools in Bangkok such as St. Stephens and Bangkok Prep.

I first met Walter during a trip to Thailand in 1992. He moved there the following year and I finally made the jump in 1996. On the surface, we didn’t have much in common, plus he was much older than I, and yet, we somehow bonded. I was a voracious book reader, but I don’t think that he ever read anything more than the daily newspaper. I liked to listen to music when I was at home, while he preferred watching action movies and “professional” wrestling matches on TV. Seriously, he was fanatical about his wrestling. 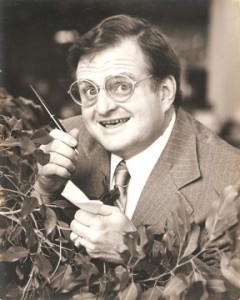 But we were both single men — loners, if you will — living in Bangkok. No wives, or ex-wives, or children to be responsible for, so that was something that at least we had in common. For us, the great common denominators were food and travel. We usually got together for dinner at least once a week, and ended up taking many trips together to places around Thailand, and eventually to Laos and Myanmar.

One of the things that I most admired about Walter was the way that he was able to re-invent himself and change careers and places of residence so many times. After working as a teacher in the Alabama public school system for many years, he moved to Los Angeles in the early 1980s and became an actor, appearing in TV shows and commercials, as well as bit roles in a few movies. He had a reoccurring role in the critically acclaimed TV series Frank’s Place, about a popular New Orleans restaurant. Despite rave reviews, the show didn’t strike it big with audiences and was cancelled after one season. After visiting Thailand in 1992, Walter moved to the kingdom the following year and resurrected his teaching career. He taught for another dozen years, and even did some substitute teaching after he officially retired. But then he came back for yet one more teaching gig at the school in Mandalay about five years ago. When I saw him there in September last year, he was zooming around town on his motorcycle, making plans to bake more treats for his students, and planning a visit to Bangkok. About a month later he was hospitalized, never again to return to Mandalay.

Walter often “blamed” me for introducing him to Myanmar, a country that he ended up falling in love with, as I also did. Not only did he accompany me on a few trips to Myanmar, he eventually moved to Mandalay and started teaching again in his late sixties. “I’d be having a nice, peaceful retirement if it weren’t for you,” he’d heckle me good-naturedly. “Yeah,” I’d reply, “and you’d be bored out of your mind.”

Walter was not an easy person to get to know. He had a hard façade that was tough to crack. If you didn’t know him well, you might be put off by his gruff, abrupt nature. He wasn’t a “people person” and didn’t like to socialize with other teachers at the schools where he taught. But if you got on his good side, he proved to be a loyal and dependable friend. Just last year, after one of the boys that I knew on 90th Street in Mandalay drowned, Walter helped arrange for me to make a donation to the boy’s family. He would do anything for a friend. 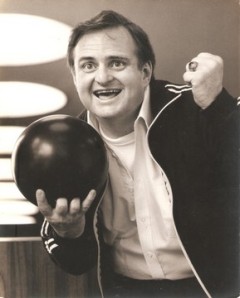 He combined his love for teaching and his love for cooking by often baking cookies and cakes and taking them to school to give to students, teachers, and administrative staff. He would also occasionally invite some friends or teachers to his apartment and cook dinner for them. When we cleaned out his apartment in Mandalay earlier this year, we found dozens of cookbooks and hundreds of recipe pages downloaded off the Internet.

I was informed about his passing on Tuesday morning by the doctor who was taking care of him. She sent me a text message and followed that up with a phone call. Later that morning the hospital sent also me an e-mail, and then a woman from the US Embassy called to make sure that I had received the news. I did my part in getting the word out by sending additional e-mails to friends and colleagues who had known Walter or worked with him. His cousin back in Alabama (Walter’s home state) had already been contacted, so I notified one of his childhood friends, a woman who had known Walter for over 60 years. I also called a man who had lived in the same apartment complex with Walter in Bangkok. They were not close friends, but this guy had taken the time to visit Walter when he was in hospital, and was always asking for updates on his condition, so I thought that he should know too.

But I wasn’t done yet. I sent e-mails to mutual friends in Myanmar, in both Bagan and Mandalay, people at teashops, restaurants, schools, and hotels. They all remembered Walter and had been asking about him, so I wanted to make sure that they knew. Two teachers at Walter’s school sent me very nice recollections of their time with Walter, and I received very touching notes from Ma Khin Thida and Kyaw Zin Tun at the Hotel Queen in Mandalay. I think those notes made me cry the most. 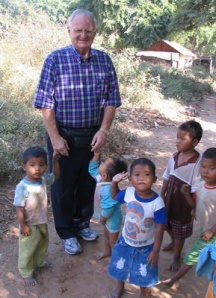 Walter was not a man you would forget if you met him. One mutual friend, who had taught with Walter at a school in Bangkok, described him as “like someone from a David Lynch film.” That made me laugh! Indeed, Walter was an unforgettable “character” in the truest sense of the word. With his thick southern accent, occasional malapropisms, and sometimes gruff demeanor he could appear unfriendly or demanding. And sometimes he really was. You certainly did not want to get on his bad side or feel his wrath! But he was also a considerate, polite, and very giving person too. I saw this generous side to him so many times, especially during trips to neighboring countries. He would visit orphanages in Laos and buy clothes for the children, even sponsoring a few kids in school. At poor rural schools he would buy pencils and notebooks for the students. At a very rundown teashop in Mandalay he bought shoes and shirts for the entire staff of boys — about 15 kids — who were working there. And he performed such acts of kindness more than a handful of times.

I’ve spent the past few days thinking about our times together; the trips and dinners, and good memories. Whenever we got together Walter would always say something, or offer an observation, that invariably made me laugh. My favorite restaurant in Mandalay, Aye Myit Tar, was one that he loved to dub “the greasy spoon” due to its oily curries. It wasn’t his favorite place to eat, but he would graciously accompany me there anytime I wanted to visit. If nothing else, he was always entertained by the enthusiastic and friendly crew of waiters there. In fact, just a week ago, while dining at that same restaurant, two of the waiters asked about him.

Walter was truly one of a kind. I’m really, really going to miss his friendship. 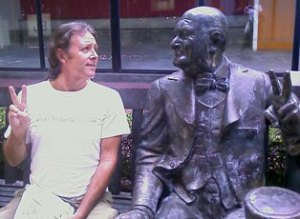 Thailand-based author Colin Cotterill dropped by my bookshop earlier this month. I won’t tell you what he bought, because I am sworn to secrecy, but it did surprise me that he was such a big fan of harlequin romance novels. Ha, just kidding! He didn’t buy anything that remotely bizarre, but he was his usual charming self and we had a very pleasant conversation. I thought about bugging him for an interview, but he was preparing to leave for a trip to the US (no book tour, just regular touring), so I decided to spare him the torture. The week before, there had been a glowing review of his new book, Killed at the Whim of a Hat, in the New York Times. This was not the first time that Colin has received very favorable coverage in that famous paper, so I asked him if had any friends employed there. “No, I don’t know anyone there at all,” he shrugged, and then grinned. “But they do seem to like me.”

Indeed they do. And so do a growing number of other discerning readers around the planet. If you haven’t read any of Cotterill’s delightful Dr. Siri mysteries (there are seven in the series), all set in Vientiane, Laos, it’s time to get started. Cotterill’s books have been compared to Alexander McCall Smith’s “No. 1 Ladies’ Detective Club” series, mainly due to the rustic foreign setting (Botswana is a long way from Laos, but at least there is the common denominator of farm animals), using more humor than horror, and employing a charismatic and unconventional protagonist. Cotterill’s books are a bit more bloody (no gratuitous violence, but real dead bodies turn up, as opposed to the dead car batteries in the Smith books), but that’s not a surprise since a coroner is the main character. It’s not exactly comic crime, but closer to that classification than some sort of creepy serial murder thriller.

The Dr. Siri series is definitely one of the more charmingly unique ones in the current crime fiction genre. Not only is it set in communist Laos during the 1970s, the main protagonist is a feisty doctor in his early 70s who is unexpectedly appointed the national coroner just as he is planning to enjoy his retirement years. Besides being an adventurous, opinionated and well-read fellow, Dr. Siri also channels the spirit of an ancient Hmong shaman. He’s definitely not your typical crime-solver, but that’s a big part of his appeal. Earlier this year, I finished the last two books in the series, The Merry Misogynist and Love Songs from a Shallow Grave. It’s said that some writers get better as a series progresses, and I think that’s the case for Cotterill and these books. Absolutely top notch stuff.

Cotterill recently wrapped up the Dr. Siri series, but by no means has he stopped writing. His new novel, Killed at the Whim of a Hat, finds him offering readers a brand new protagonist, Jimm Jurree, a female Thai journalist who has recently moved with her rather colorful family from Chiang Mai to a small beach town in Southern Thailand. Jimm finds there isn’t much to do, or write about, in this sleepy hamlet until a couple of dead bodies show up. A few days later a monk is found dead and suddenly there is a lot to do and write about. Like the other Cotterill books, this is a breezy, addictive read with lots of playful dialogue, and a wacky cast of characters. Looks like another fun addition to Cotterill’s growing catalog of mysteries, one that will keep readers enthralled.