Amidst the shock over Whitney Houston’s premature passing last week, comes news of another tragic death, that of Pulitzer Prize-winning journalist Anthony Shadid. Like Houston, Shadid also left this world much too soon; he was only 43 years old. Although he risked his life many times covering stories during war and conflict, Shadid’s death appears to have resulted from an asthma attack. 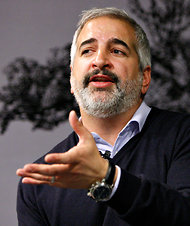 Shadid spent many years covering stories in various countries in the Middle East, such as Iraq, Syria, and Libya. He was employed by the New York Times at the time of his death, but also wrote for the Washington Post, the Boston Globe, and the Associated Press during his career. I first noticed his articles about the war in Iraq in 2003. I was living in Cambodia at the time, and his wire service reports ran in an English language newspaper published in Phnom Penh. Shadid’s reporting stood out for its honesty and objectivity. Clearly, he had a passion and empathy for the people of the country he was covering, and he didn’t gloss over the atrocities committed by the US military or the American government’s many missteps. Later, I read his excellent book, Night Draws Near, about the effect of the war on the Iraqi people. 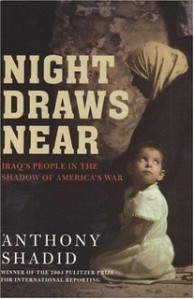 Shadid was obviously a talented writer, but he also possessed a poet’s grace and soul. He was one of the few journalists working today who I think embodied the true spirit and integrity of the profession. Unlike so many working in journalism nowadays, Shadid was no muckraker or sensation seeker, but a true reporter who went out of his way to seek the truth. I find it immensely sad that he has passed away so soon. 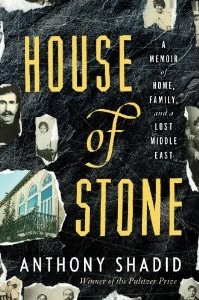 A new memoir by Shadid, House of Stone, is slated to be published in the US next month. This book explores his life growing up in the US, his family’s “roots” in Lebanon, and his work around the Middle East. Even in advance of its release, the book is garnering rave reviews. It’s one I’ll definitely want to read.