Politics and Lunch … with Ry and Ian

One of the many great albums that Ry Cooder recorded in the 1970s was Paradise and Lunch. That album included inspired covers of jazz, blues, and country standards such as “Mexican Divorce,” “If Walls Could Talk,” and “Ditty Wah Ditty,” along with some pop and R&B tunes such as Bobby Womack’s “It’s All Over Now.”

Since his early, more folk-influenced recordings in the 1970s, Ry Cooder has veered all over the musical map; witness his various soundtrack projects and world music albums such as his recordings with the Buena Vista Social Club in Cuba. But in recent years he has returned to his roots, recording original material, many of the songs focused on politics and social issues. In fact, he has just released a new album of originals that is his boldest political statement yet. It would have been appropriate to call it Politics and Lunch, but instead Ry settled for Election Special. The album includes tracks such as “Guantanamo”, “The Wall Street Part of Town,” and “Mutt Romney Blues” (yes, that’s “Mutt” not “Mitt” in the song title!). Cooder is an unabashed Democrat and proudly affirms his allegience, along with his views on the state of the nation over the course of this lively album. 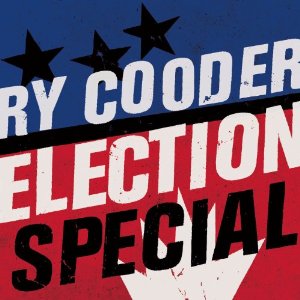 Naturally, Cooder has alienated any right-wing fans that he might have had with these politically-charged tunes, but I doubt that he’s losing any sleep over it. Instead, he’s doing interviews to both plug the album and wake up the voting public. He’s pulling no punches, urging voters to choose Barack Obama and not to put up with the crooks on Wall Street, or the creepsters behind these nefarious PAC funds. In a recent issue of Mojo magazine, Cooder urged Obama to “give up the idea of bipartisanship and kick ass now.” In the same interview he declared that “the foundations of society are being dismantled before our very eyes, brought about by four years of think-tank fascism funded by the Koch Brothers.” The Koch Brothers, for those out of the US political loop, are described by the magazine as “billionaire industrialists and right wing propagandists.”

No matter how you feel about Ry Cooder’s music, you have to admire him for speaking his mind and using his music to illuminate various social, financial, and political issues. To my ears, Ry Cooder is a throwback to folk singers like Woody Guthrie and Pete Seeger, musicians with a strong social conscience and equally strong backbone, guys who were not afraid to take a stance on matters of importance to them. I wish there were more artists like that in this me-my-mine age. Too many of them play it down the middle, wary of voicing an opinion for fear of a backlash from fans with opposing views. Some people seem to think that it’s wrong, or a mistake, for musicians to get involved in politics, but I think such a view is balderdash. Musicians should not only feel free to voice their opinions without getting slammed for it, they should be encouraged to do so. 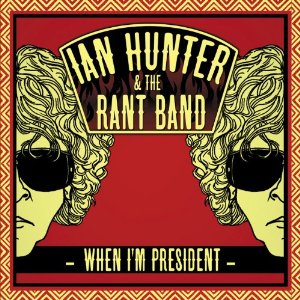 Meanwhile, at the age of 73, Ian Hunter still continues to amaze with his boundless energy and the high quality of the music he is recording. Hot on the heels of the amazing Man Overboard album, he has released another yet strong group of songs, some with a decidedly political slant, on his new album, When I’m President. Ian, being a Brit, won’t be able to vote in the US election (unless, of course, he managed to become a US citizen in between tours and recording sessions), but he still feels strongly about what’s going on in this crazy world, and ain’t afraid to speak up. In the fist-pumping title track to the album, he sings:

I want a 28th amendment — when I’m president

No more bargains in the basement — when I’m president

Veto this, veto that — when I’m president I’ll stick it to the fat cats

Politics and music have always been awkward bedfellows but each election year, countless artists either play benefit concerts to help the candidate of their choice or publicly declare their support. I’m reminded of another Ian Hunter venture into American politics, when he toured with Todd Rundgren in 1980, raising money forthe campaign of  John B. Anderson, an independent candidate for president that year. I was fortunate to see the Ian Hunter-Todd Rundgren tour when they stopped in Tampa, Florida for two shows at a small club called the Agora. Ronald Reagan, of course, defeated Jimmy Carter in the November election. Anderson finished far behind with less than 7% of the national vote. I didn’t vote for either Reagan or Carter in that election, but I can’t recall voting for Anderson either. Most likely I stuck to my usual stubborn habit of voting for a write-in candidate such as Bill the Cat.

I forget where on the net last week that I saw the retouched photo above, but it’s just so brilliant, that I had to post it! Kudos to whoever actually created it.  Don’t know what it is, my friend, but something odd is blowing in that wind!

A friend of mine in Bangkok let me borrow the CD that Ricky Skaggs and Bruce Hornsby released in 2007, simply titled Ricky Skaggs and Bruce Hornsby. It’s a fabulous, lively set of bluegrass originals and “reworked” versions of Hornsby songs like “Mandolin Rain” and “A Night on the Town.” The last track on the album, however, is the real head-turner; a hoedown cover version of Rick James’ “Superfreak.” But who was the vocalist? His delightful country drawl sounded very familiar, but I knew it wasn’t Skaggs or Hornsby. Okay, check out the booklet inside the CD, dummy. And that of course revealed the answer: the singer was John Anderson. If that name doesn’t ring a bell right away, remember that huge 80s country hit “Swingin’”? Yes, THAT John Anderson, as opposed to the senator from Illinois who once ran for US President or the Jon Anderson from the band Yes. This John Anderson was a good old country boy with a great singing voice, the pride of Apopka, Florida, which is right now the road from my old hometown of Orlando. In fact, one of my friends from university went to high school in Apopka with John. Just a regular guy, from all accounts, but one with talent. 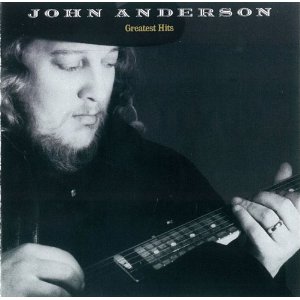 “Swingin’” might have seemed like a novelty hit to some listeners, but Anderson had plenty of other great songs and recorded several very good albums in the 80s and early 90s. Songs like “1959” and “Seminole Wind” are classics in any genre. He was quite successful for a few years, enjoying a run of number one hits on the country charts, but he changed labels several times and I’d lost track of him in recent years. Was he still recording? A quick online checked revealed that, yes indeed he is. Just two years ago he released a new album, Bigger Hands, on the Country Crossing label. Good reviews on that one indicate that it may be one to hunt down. In any case, it’s good to see an artist with such a distinctive voice still out there making music. And kudos to Ricky and Bruce for recruiting John to sing “Superfreak” on their album. You gotta hear this one. If it doesn’t make you smile, it’s time for lethal injection. 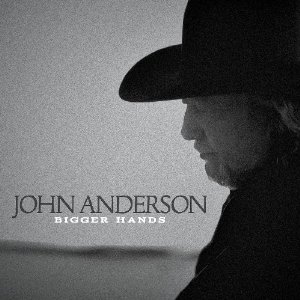