During my recent trip to Kuala Lumpur I spent a lot of time browsing the CD shops in town. Unlike in Bangkok, where it’s become nearly impossible to find good back catalog or anything other than mainstream new releases, there are several shops in Kuala Lumpur offering a very good selection of CDs and even some vinyl records. I may be one of a vanishing breed, but I vastly prefer shopping for real CDs, as opposed to downloading songs or buying stuff online. Okay, I’ve worked in retail since the late 1970s, so I’m biased, but I still think that nothing compares to the experience and ambience of shopping in a well-stocked store, and thankfully in Kuala Lumpur they have those in abundance! 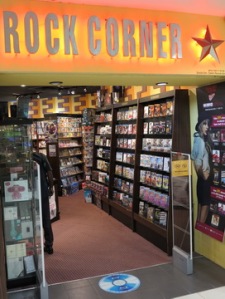 I think it’s safe to say that the Rock Corner chain of stores have the best selection of CDs in the KL area. I went to their branches in KLCC (next to the famous Petronas Twin Towers), Mid Valley Megamall, 1 Utama, The Curve, Subang Parade, and Bangsar Village, the latter branch having my favorite mix of new releases and older titles, plus the employees are all very nice, and the in-store music that they play is always interesting too. In some shops you invariably encounter a metalhead, hip-hop fanatic, or even someone who still worships Kenny G, but the employees at the Rock Corner Bangsar branch have much better taste in music!

Another good chain in town is Victoria Music. I always visit their branches at the Amcorp Mall in Petaling Jaya and in Sungai Wang Plaza in the Bukit Bintang area. I stumbled upon both stores by accident initially, but I now go out of my way to visit them, finding that, like the Rock Corner stores, they have a good mix of new releases and back catalog. The young woman who works at the Amcorp Mall branch is always very friendly and invariably recommends something I had not thought of or had overlooked during my bin browsing. She is one of those retail wizards who know exactly what they have in stock.

Both Victoria Music and Rock Corner also have a good selection of these new mini-boxed sets of CDs that WEA and Sony have been putting out the past couple of years. These sets include 4 or 5 entire albums by a single artist (dozens of popular names, such as Hall & Oates, Bill Withers, Fleetwood Mac, Foghat, Young Rascals, X, Chicago, George Duke, George Benson, and many, many more) all housed in cardboard sleeves and packaged inside a sturdy box. But the best thing is that they are priced not much more than what it would cost you to buy a single disc, so they are great bargains indeed. For some reason I never see any of these special CD sets at the shops in Bangkok and if check online at sites like Amazon they are quite expensive. But not in KL! 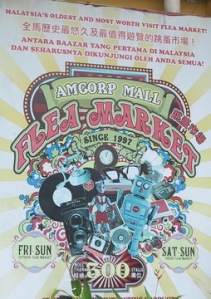 Another cool thing about the Amcorp Mall, in addition to Victoria Music and the giant Book Xcess store, is their weekend “Flea Market”. This indoor market features several dealers that sell affordable secondhand CDs, DVDs, and vinyl records. Some dealers even have Star Wars memorabilia and other collectible items. Something for everyone!

Comments Off on Victoria Music in Kuala Lumpur

The Lasting Appeal of Nero Wolfe