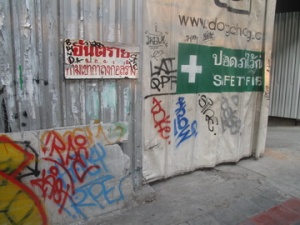 I almost never take photos when I’m in Bangkok. If I’m on the road, traveling somewhere, well, that’s a different story, but once I’m back home in Bangkok, the urge to get out the camera rarely strikes.

But I wanted to get some shots recently of the campaign signs of the candidates running for Bangkok governor, and while I was out taking those photos, I decided to snap a few more while I was out and about. These photos are nothing earthshaking, nor anything that’s particularly representative of what Bangkok “is like.” These are just some shots that I took on Sukhumvit Road, near where I work, and on New Petchburi Road (and the adjacent klong), where I live.

I included several shots of various food vendors, people who play a vital role in making Bangkok such a convenient and livable city. Step outside your door and there is good, inexpensive food available nearly round the clock. But alas, this year has already brought some changes in the food vendor scene, at least from my perspective. My regular fruit vendor on Sukhumvit went back to his home province in late December and still hasn’t returned. He makes frequent trips back to Phitsanulok, so I’m used to not having him around for periods of time (and there is always another fruit vendor to take his place), but he’s never been gone for this long and I’m a bit worried. To compound that concern, one of my favorite noodle vendors, a guy that sells a very tasty concoction across the street from my apartment, hasn’t been around since late November. At this point I’m wondering if he’s going to return or not. 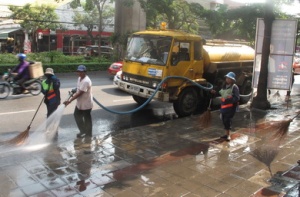 Meanwhile, the vibrant pulse of the city continues. It’s not a cliche to say that this city never sleeps. 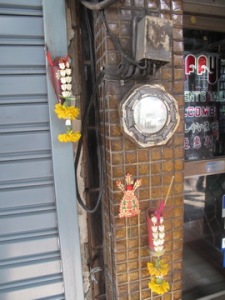 Comments Off on Bangkok Street Scenes