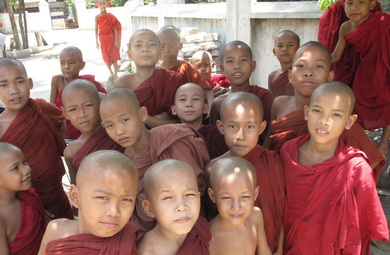 One of the more interesting aspects of visiting Mandalay, at least for me, is discovering the plethora of monasteries scattered around the city. The southwest part of town, in particular, is chockablock with peaceful monasteries of various sizes; from the sprawling Ma Soe Yein (which also houses a Buddhist university) complex to much smaller ones, many of them located on lovely tree-shaded streets. 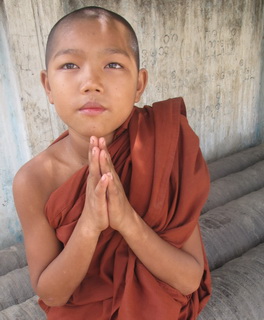 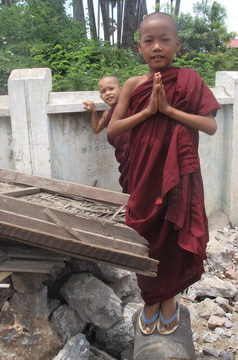 Over on the north end of 90th Street, heading toward the central business district, I stumbled upon a mid-size monastery (about 100 monks in residence) about two years ago. This monastery is primarily populated by young novice monks. Some of these youngsters have come from other parts of the country (during one visit, the kids were delighted to point out the sole monk from Shan State) and some are orphans. Living and studying at monasteries like this one assures them of both an education and at least one good meal every day. 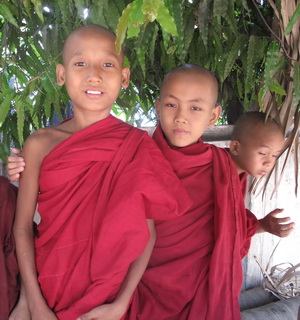 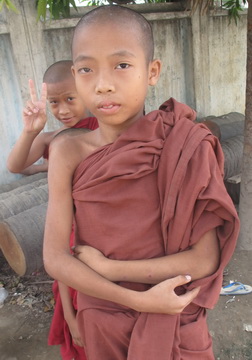 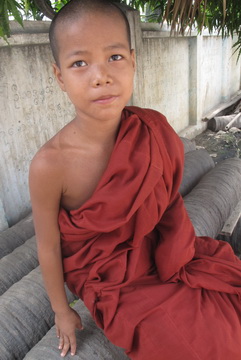 Somewhere in my notes I’ve got the name of this monastery on 90th Street written down, but I can’t find it amidst the debris in my backpack. In any case, I make it a point to stop by there each time I’m town. I’ll take some photos of the monks during their midday break and return a day or two later with prints to give everyone. And yes, even novice monks can get very excited about having a photo of themselves! 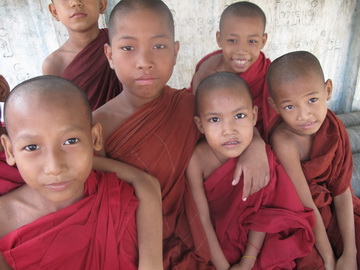 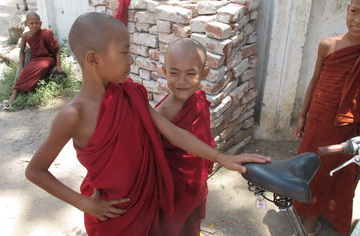 Comments Off on Mandalay Monastery

Robert Crais goes to the Dogs