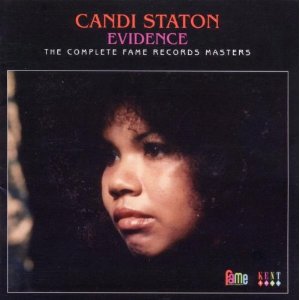 Here are yet more examples of immensely talented soul singers who have mysteriously remained under the radar for far too many years. In the case of Candi Staton, she actually enjoyed a bit of success with the 1976 hit single “Young Hearts Run Free” (later covered by Rod Stewart, among others) but for most of her recording career she has been ignored by the titans of the music business. Part of that may be by choice — at one point Candi Staton dropped out of the pop world to record gospel music — but there’s no doubt that over the years, her labels dropped the ball in promoting her songs to the masses. 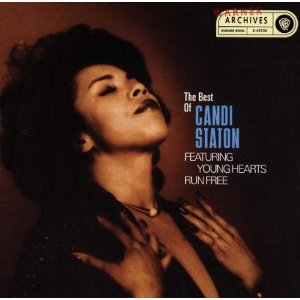 A few years back I picked up a copy of The Best of Candi Staton (part of the Warners Archive reissue series) that I found in the sale bin of a shop in Bangkok. That compilation contained “Young Hearts Run Free” along with 14 other tracks, including goodies such as “Six Nights and A Day” and “Victim.” The material on this album runs the gamut from sultry soul to funky disco. This is a strong collection of songs, mostly culled from her mid to late 1970s Warner Brothers period. But recently I bought a new Candi Staton compilation that is even more stunning; Evidence: The Complete Fame Records Masters. Spread out over two CDs are 48 tracks of heartfelt southern soul that she recorded in the 1960s and early 70s, songs positively dripping with love and heartache. In one review I read, her vocals were called “achingly vulnerable,” which I think is a very apt description. To my ears, Candi Staton’s voice sounds as soulful and powerful as that of Aretha Franklin. Really, she’s that damn good. Songs like “I’d Rather Be an Old Man’s Sweetheart (Than a Young Man’s Fool)” and “You Don’t Love Me No More”, as well as covers of famous tunes like “In the Ghetto” and “Stand By Your Man,” are nothing short of brilliant. If you like Aretha, Etta James, or southern soul in general, you should treat yourself to this CD. This set includes 12 previously unreleased tracks, and they are all strong ones. Another excellent reissue from the folks at Kent.

Many of the songs on Evidence were written by George Jackson, a very talented songwriter whose songs were covered by a staggering variety of rock, pop, and soul artists in the 60s, 70s, and 80s. Jackson also recorded some very fine albums of his own during those years. I recently found a copy of a George Jackson compilation called In Memphis: 1972-77. It was also compiled by Kent Records, so you can trust the quality is top-notch. But the songs themselves are what is worth raving about: 21 tracks of superb southern soul, ranging from smooth ballads to more funky numbers. I hear this album —as well as the Candi Staton compilation — and marvel at how music this amazing could have been ignored for so long. But hey, it’s never too late to discover incredible artists like these. Kent released another George Jackson collection late last year; Don’t Count on Me: the Fame Recordings. I’m already salivating just thinking about getting that one. Can’t get enough of that sweet soul music! 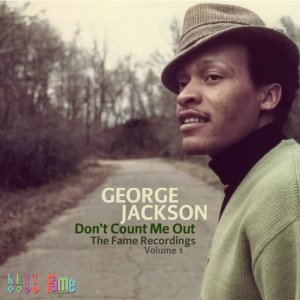 Comments Off on Neglected Southern Soul